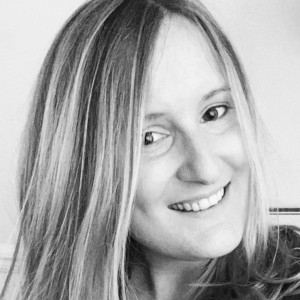 A study by Which?, published in August 2019, reported that Ryanair was the least favourite brand of UK consumers. When I read this it didn’t come as much of a surprise. Not necessarily because I agree with the findings. Not wanting to tempt fate (I have a Ryanair flight booked for later this year), but the couple of times I have flown with them have been fine. Granted, I paid for priority boarding and some luggage, but it was all ok. The flights left on time, the crew were friendly, everything worked well. Also, I luckily didn’t have anything I needed to complain about so I didn’t need to encounter that side of the Ryanair business.

Part of the Which? survey presented consumers with a list of over 50 adjectives that could be used to describe each brand… the top scorers for Ryanair were ‘sneaky’, ‘greedy’ and ‘arrogant’. Ouch. Can you imagine how it would feel to have these things said about you as an individual? The chances are it wouldn’t sit easily for most of us.

It seems that most people in the survey had no difficulty in matching adjectives to how they felt about a brand. This way of perceiving brands as if they are humans is something Psychologists have studied for years (i.e. Aaker, 1997) and it’s not an unusual concept either – I bet most people reading this would’ve thought about brands in similar ways to humans but not necessarily realised they’re doing it. It’s as if we think of the brands we encounter as people, assigning them certain personality traits along the way. And if we’re thinking of brands in a similar way we do people (or groups of people), that leads to the question: do we stereotype brands in the same way we do other people in life?

There’s a very important point to note here: Often, when we hear the term ‘stereotype’, it’s accompanied by pretty negative connotations. However, within the worlds of social and consumer psychology, the term stereotype isn’t always negative. In fact, we all use stereotypes every day. Think of them as some of the mental shortcuts that help our brains make sense of the world around us in a quick and efficient manner, without the need of effortful processing.

Many of the stereotypes and quick ‘rules of thumb’ (heuristics) we use are not too problematic. However, stereotypes can be both positive and negative, which can lead to discrimination and prejudiced behaviours (something I will elaborate on further in a future article).

So what have stereotypes got to do with brands, and how might these have led to Ryanair ending up in the bottom of consumer opinion polls?

The concept that we use stereotypes as extensively as we seemingly do has prompted quite a bit of research within the world of social psychology. Why do we do it? Do we do it in similar ways to everyone else? A prominent piece of research that addressed this was lead by a team of Social Psychologists – in what they called the Stereotype Content Model. They observed that the way in which people stereotyped different social groups could be categorised along two dimensions; warmth and competence. I’ve drawn a plot of these two dimensions below:

Now, if I asked you where you’d plot male entrepenuers, which of the quadrants would they likely fall into? Don’t think about this for long, what does your gut reaction say? How about ‘grandmothers’? How about homeless people? The chances are, your quick mental plots might’ve landed close to the figure below. However, it is extremely important to note that these are observations of quick, ‘rule of thumb’ judgements in how people might view different social groups. These charts and research aren’t to say this is 1, how social groups SHOULD be viewed and likewise 2, how every individual in each social group would be viewed. Rather, it’s a snapshot in the common themes that research has seen run through our attitudes.

A few years after this initial study, a different study suggested it also held for how we categorise brands. In this it was deemed that brands were subject to being stereotyped by consumers in a similar way – that the intentions of the brand were linked to warmth and the ability of the brand were linked to competence. With this in mind, where do you think the people surveyed in the ‘Which?’ study might’ve placed Ryanair? Of course, we can’t say for sure without using this model, but the likelihood is that people would place it somewhere in that lower left quadrant.

What matters more – competence or warmth?

The academic literature varies on this. Some of this comes down to what the product or service is. Studies have shown that lower involving products (ie, fruit juices or vitamins) are those where we’d probably rely more on simple heuristics to influence our purchase decisions. In these circumstances, aiming for high warmth, high competence brand perceptions would be key. However, some studies have shown that higher involving purchases (which, arguably, flying somewhere is), higher on competence is more important for perceptions of your brand. However, studies into high involving purchases where an element of anxiety may be present have shown that warmth can be more important than competence in predicting purchase intentions.

Therefore, my advice to Ryanair and other brands that didn’t perform highly on the Which? report would be to aim for that top right quadrant of high warmth and competence. The psychological studies have shown that we see brands as social ‘agents’, so we need to communicate to our audiences highlighting our good intentions and the ability to act on them.

In my next article I’ll talk about some of the ways in which organisations can use a knowledge of human behaviour to understand & optimise how their brand might be perceived by consumers.

Facebook-f Twitter Instagram Linkedin-in
We worked with Dzined to put behavioural design at the heart of all our products and the results have been stunning
Mike SmithTMAC.ai